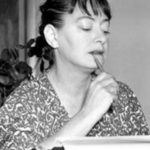 It’s that time of year again. The kids are running around screaming, festooned as witches, having gorged on additive-laced candy all the colours of the petrochemical rainbow. The fires are lit to keep out the damp evening air, even if it isn’t that cold. There are dead leaves everywhere, and most of the boats in the harbour below have been pulled up, only a few hardy fishing dinghies left swinging on their moorings in the mist. In the UK and Ireland, Summer Time officially ends, the clocks go back, and it’s NaNoWriMo time again.

What’s NaNoWriMo? Well, for those writers who pulled up the ladder when they retreated to their garret and haven’t ventured down again since 1999, NaNoWriMo stands for National Novel Writing Month  and is an internet-based creative writing project. The aim is to encourage all those who have thought about writing a book to get down to it, and the target is ambitious: complete the first draft of a 50,000+ word novel in the month of November.

Nanowrimo is a nonprofit initiative started in San Francisco in July 1999 by a freelance writer, Chris Baty. The scheme was moved the following year to November, a more writerly month with its long dark evenings. 21 would-be novelists took part in 1999, giving each other encouragement, sharing writing tips. It’s long since gone global, 431,000 people took part in 2015, across six continents.

Yes, 40,000 of that 400,000+ (one of them me) succeeding in finishing 50,000+ words of a novel last year. But are any of the books any good? Emphatically yes, again. In the history of the initiative, roughly 250 NaNoWriMo books have been published by traditional publishing houses, including Water for Elephants, by Sara Gruen, published by Algonquin Books, and the NY Times bestseller The Night Circus, by Erin Morgenstern, published by Doubleday.

How do I start?

There’s a great website, http://nanowrimo.org/ which tells you all about it. In addition there are pages full of writing tips and encouraging ide 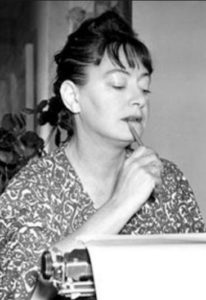 as. An interactive map shows who has already signed up and where, and the map is already pretty well populated, writers everywhere from Anchorage, Alaska, to Christchurch in New Zealand.

How difficult is it?

Writing 50,000 words in a month is tough, make no mistake. It works out at roughly six pages per day, every day, for 30 days. They don’t have to be good pages. The idea is to get the words out. You have the rest of your life to worry about putting them in some kind of order. Even then, some days those pages will come easily, and some days they won’t. You don’t have to stop on your sixth page, of course. If you’re going well, then write more. So, if you’re going to go for it. Good luck.

The biggest risk is getting writer’s block, stuck with a blank page and no idea how to start. Half an hour spent sitting watching a cursor blink and the very idea of writing a book will start to seem a ridiculous idea. So two tips:

When you start, get your main character to speak to someone (or something). Without even thinking about it, whoever they speak to will have to say something back, and there you are, on your way, in the middle of a scene with your first two lines.

The second tip is to never finish your writing for the day with the end of a chapter or even, ideally, the end of a scene. If you’ve written enough for the day, stop half way down a page. It can be in the middle of a paragraph, even in the middle of a sentence. That way tomorrow, when you sit down, you’ll have a train of thought to pick up immediately. Try never to leave yourself with a blank page to come back to. If you do, there are some days when starting to write again will feel an almost insurmountable challenge.