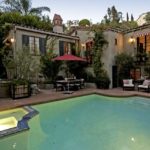 What is head-hopping, and why is it such a no-no?

Head-hopping is the practice of jumping, in close PoV, from one person’s point of view to another. It differs from an omniscient point of view by means of narrative distance, but that’s a very technical explanation. Let’s just work through an example:

The scene is a party. Some people are milling about by the pool outside; others are in the kitchen. In omniscient point of view, we are floating above the party. We can see everyone, even the couple that are sneaking upstairs to canoodle in one of the bedrooms. The narrative might mention individual characters, but the story isn’t told from any one of their particular viewpoints. This is an omniscient narrative:

When Jack arrived, the party was in full swing. He’d never been invited to one, but it was a typical Oscar-season, West Hollywood pool party, second or third tier movie wannabes, everybody hustling, everyone looking over their shoulder to see who was talking to whom. Right now LA would be humming with parties like these: deals being made, projects discussed, influence sought. 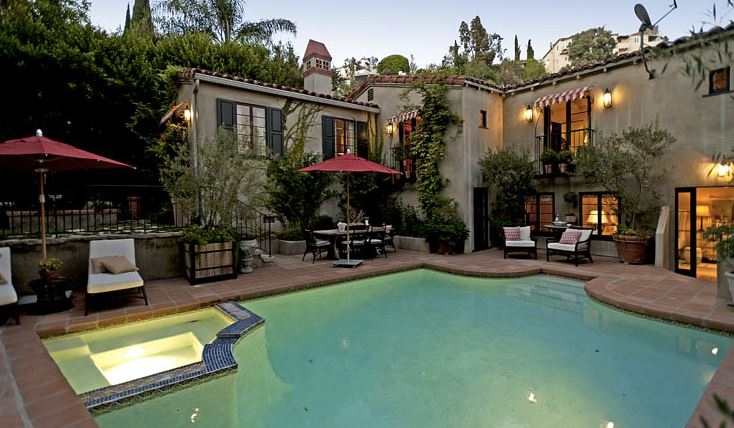 At any other time, Jack would have been fascinated, but today he had something else on his mind. He had to talk to Sophie, and she would be here. It was Mary’s party, and Mary was her best friend.

He searched all over, but she didn’t seem to be around. He ended up in the kitchen, where Mary was hooking food out of the fridge.

“Hi Jack. Yeah, she’s around somewhere,” she said, glancing out of the window. “Did you look out by the pool?”

“Well, never mind. Can you help me bring these steaks out to the barbecue?”

“But I have to talk to her.” Jack was trying the old tactic of getting the best friend on side. “I’ve been a fool.”

Unknown to Jack, upstairs not five vertical feet from where he was standing, Sophie was being the fool. She knew that Roger was utterly selfish, and utterly stupid, but she just wanted Jack out of her head.

“Come to me, big boy,” she said, her fingers straying over his biceps.

The extract begins with Jack, but we’re not close in to Jack’s head. The party is described subjectively, but not from the perspective of a particular character, certainly not from Jack’s perspective. The opinions are those of a narrator who notes that LA would be full of these types of parties at the moment, which, although Jack might guess, he appears not to know. Jack’s motivation for talking to Mary is discussed analytically, rather than from Jack’s PoV. Later, we’re with Sophie, as she seduces Roger in the upstairs bedroom. We’re told what she knows about Roger, rather than being shown it, and we’re told her motivations, rather than understanding them from the story.

If this extract were written from a conventional third person perspective, it would have to be from Jack’s PoV, since he takes centre stage for most of the extract. However, certain parts of the extract wouldn’t be included (the generalisations about LA pool parties, and Sophie’s conversation with Roger) because they’re not within Jack’s experience or thoughts. Now, the same extract, written from a third person perspective, but head-hopping:

Jack found a parking spot on Melrose. The party was in full swing, some of them familiar faces from minor TV shows and commercials. He wove between them, unnoticed. Where is she? In the kitchen, Mary was hooking food out of the fridge.

“Hi Jack. Yeah, she’s around somewhere,” she said, glancing out of the window. That’s odd. Sophie isn’t by the pool anymore. She’d seen her talking to Roger, and he wasn’t there either. “Did you look out by the pool?”

“Well, never mind,” Mary said. Was Sophie and Roger disappearing at the same time coincidence? This could be awkward. Take Jack’s mind off things. “Can you help me bring these steaks out to the barbecue?”

“Hmm,” said Mary, glancing at him. Poor Jack. Out of his depth. Out of his comfort zone. “I think you have been.”

Upstairs, Sophie tensed. This is so wrong. But I need to do it. Forget Jack. She uttered the corniest line she could think of.

“Come to me, big boy,” she said, her fingers straying over his biceps.

He flexed his arms.

“Pretty wicked, huh?” he said. Sophie, into muscle? Who knew? He’d only ever seen her hanging out with weedy arty types, like that dick Jack. “I can bench 350kg, easy.”

In this extract, we’re “zoomed in” on the characters’ thoughts and feelings. The “telling” omniscient narrator has disappeared. As a result, we have to imagine what kind of party it is from the location (near Melrose Avenue) and the fact that Jack recognises people from TV shows. We’re in Jack’s head.

He arrives at the party, and he’s looking for someone. If we didn’t know already, we find out he’s looking for Sophie when he asks Mary where she is. As soon as Mary answers, however, we’re in Mary’s head. She knows that Sophie was outside a moment ago, because she looks out of the window for her. Jack says he couldn’t find her, but meanwhile Mary has been thinking. What if Sophie and Roger have disappeared off somewhere together? She decides to distract Jack, asking him to help her with the barbecue. Jack is occupied with his own thoughts, wondering how to manipulate Mary to help him with Sophie, but Mary, still ahead of him, is thinking that he’s probably missed the boat with Sophie.

In this constant back-and-forth, we jump from Jack’s head to Mary’s and back again, seeing both sides of the conversation, and seeing their inner thoughts in italics. The jumps are awkward, and disconcerting, and the more significant problem with the writing is that it drains the conversation of any tension. Everything is explained, everything is all laid out on a plate. Then we have a whole scene shift into the upstairs bedroom, where Sophie is contemplating doing something awful with Roger. She thinks he’s utterly dumb. He thinks she’s sincere when she compliments him on his physique.

Since true drama is conflict, it’s going to be extremely difficult to generate any conflict writing this way. As readers, we don’t have time to work up much empathy with Jack before we’re Mary, looking at Jack and pitying him. Perhaps we should be Mary, juggling the party and also the romantic entanglements of two of her guests? But then there’s an awkward shift upstairs to Sophie, who is trying to get over Jack by seducing beefcake Roger. Writing this way invites us to be all three characters, at once, which really means that we’re not going to feel deeply for any of them.

Just as a “control”, here’s the scene written exclusively from Jack’s PoV, in a more conventional close third. Obviously the scene with Sophie doesn’t figure here, because Jack isn’t there to witness it. If we wanted to include Sophie’s scene, because Sophie and her feelings are a significant part of the story, then we would include it after a suitable scene or chapter break.

He found a parking spot on Melrose. When he walked round the corner he could hear the voices and music from the street. Once inside, it was a media party, loud voices, louder clothes, some of them familiar faces from minor TV shows and commercials. He wove between them, unnoticed. Where is she? In the kitchen, Mary was hooking food out of the fridge.

“Hi Jack. Yeah, she’s around somewhere,” she said, glancing out of the window. “Did you look out by the pool?”

“Well, never mind,” Mary said. “Can you help me bring these steaks out to the barbecue?”

Is that all she can say? “But I have to talk to her.” If I can get Mary on my side, perhaps that might work. “I’ve been a fool.”

Here we’re exclusively Jack. Mary’s secret thoughts and knowledge that Jack doesn’t have don’t come into play. There’s more urgency and a tension here than in the other versions, partly because of the much lower word count, but also because we share Jack’s perspective. We don’t know where Sophie is. We feel Jack’s frustration at Mary’s bland response. If we’re at all astute, we probably gather from Mary’s sudden change of subject that she knows more than she’s telling, and the “I think you have been” at the end gains an ominous weight that is entirely lacking if we jump straight upstairs to Sophie and Roger.

How this scene would play out would then depend on whether Jack and Sophie do meet, and before or after she’s done the dirty with Roger. But it would play out from Jack’s perspective. He wouldn’t meet Sophie unless he finds her upstairs in flagrante with Roger, or she comes back down again to rejoin the party, flushed and a bit sweaty, with gormless Roger asleep upstairs. Whatever happens later, for good or for ill, we’re with Jack.

Hope this sheds some light on the subject of head-hopping. It’s often confused with omniscient narration, but it’s quite different, as I hope the examples above showed.