In “Show not tell – Part I” I described the historical context, and why perhaps modern fiction has evolved the way it has. Before I go in to the nitty-gritty, the mechanics, I wanted to go off on one more philosophical diversion.

The big unasked question is, why is “telling” such a bad thing anyway? After all, telling is frequently far more concise. It’s how we’re taught to write in school essays and college theses; “tell me the facts”, “don’t waffle”. Cross-referencing of facts is good. Interpretation of facts isn’t held to be that important. Describing how those facts make us feel – well, you’re in the wrong class, son.

Everyone says that telling is bad, but quite often they couldn’t really say why. They might mutter a bit about point of view and “psychic distance”. But it’s actually far more fundamental than that, isn’t it? It’s about our search for truth. Really, if you think about it, what we most want out of a story is for it to be true – suspension of disbelief. We know it’s a book. We know it’s fiction, but for a while, when we’re reading it, we want it to be true. One of the most frequent positive comments about a good book is authenticity. How often have you put down a well-written book and thought “I really felt as if I was there”? The description of place and time, dialogue and character was authentic. What does that mean? It means true, real, genuine, honest. It satisfies our need for truth.

And that’s the crux of the issue, why telling is bad, and showing is generally good. What has truth got to do with telling? Very little. You can tell anyone anything. We are told rubbish all the time, by politicians, economists, advertisers. Even those closest to us tell us all sorts of lies – “Your book is wonderful, darling. I’m sure it’ll be a success”. That’s why showing is good. Because we can believe someone showing us something. “Show me you care. Don’t just tell me you love me, anyone can do that. Show me.”

In a nutshell, the difference between showing and telling is like this. Here’s a longitude and latitude. 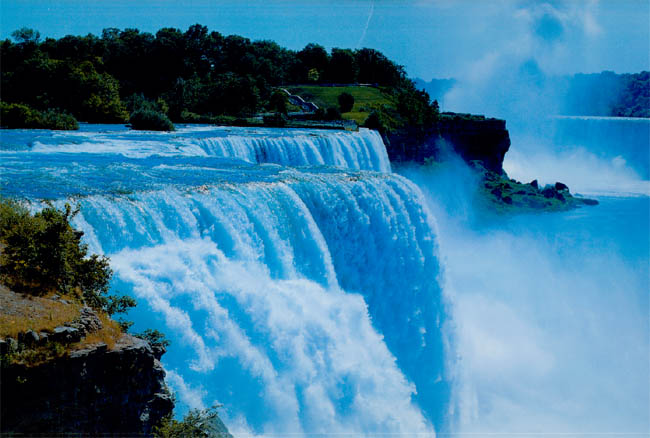 That’s showing. It would be a strange person who had a more emotional reaction to the map reference.

In “Show not tell. Part III”, we’ll look at some specific examples of the mechanics of self-editing “telling” out of a piece of work.

Consider this passage:
“I knew Mum had told me not to, but I was really curious; I wanted to see inside. The shed was half falling down, and Mum and Dad said that I could be crushed if it came down on top of me, so I was forbidden to go inside. I felt guilty about disobeying them, but I was more curious than guilty.
I started to go inside when I heard Mum shouting at me. She was standing by the back door, she’d seen me, and she was really angry. She told me off.
“Why didn’t you remember what we said before about it being dangerous?” she shouted, furiously. She said they had enough to worry about, what with the baby and everything.
Now I felt embarrassed, embarrassed at being caught. I felt angry at the baby too. The baby got all the attention. I know that was unfair and I felt guilty for feeling it, but I still did.”

This is a mangled version of a passage near the opening of a brilliant children’s/YA book. In the next post we’ll work back to see what the author actually wrote. A 10% discount off your next editorial.ie critique to the first person who can tell me what book it’s from!