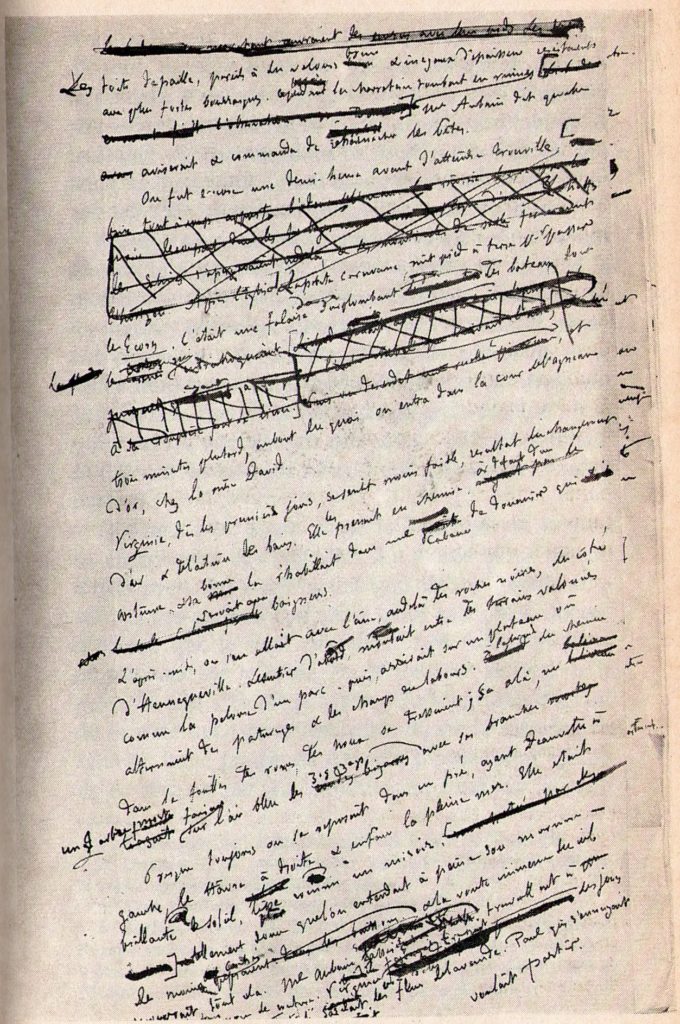 In my editing inbox, a typical first-time enquiry from a novice author often runs along these lines: “I’ve written a book. It’s 200,000 words long and taken me 10 years to write, on and off. I’ve sent it to agents but got no response, so I know it’s got some problems. Please quote me to edit it.”
What happens next? Writers who’ve had no experience with the publishing industry often don’t know what to expect. This post aims to demystify the course of events, which, although it might not be absolutely identical with all editors, should be pretty similar.

Firstly, let’s roll back a stage. Have you done your homework? Always contact an editor who someone else can vouch for. That might be a professional organisation like the CIEP or ACES, or a writers’ resources group like ALLi, or a personal recommendation from someone you can trust. There are too many charlatans out there to run the risk of giving your money to someone who doesn’t know what they’re doing.
Having been given a name, you’re then looking for a website, a corporate email address (not edityourbook@yahoo.com, or you’ll get a yahoo of an editor), a consistent social media and online profile (perhaps a blog, some evidence of testimonials). Have a read of their site or blog. They might mention particular genres that they work in, particular genres they avoid. They may only work in a specific English version, US English or European English, or they might work in both. They’ll have a style of communication, chatty and friendly, or aloof and distant, that may or may not appeal to you.
Satisfied that they look competent, there’s some evidence that they’ve had some training and they work in your genre and your language version, you send them your enquiry.
How quickly do they reply? Immediately? Hmmm. They could be very diligent, or they might just be sitting at the centre of a very dusty web waiting for a fly. Not for weeks? Well, they’ve sent their message—you’re not that important to them, and that lack of interest will probably play out in your ensuing relationship. Some editors are just too busy to take on new clients—that’s no reflection on you. Somewhere in between? I think it’s courteous to answer all new enquiries within a couple of days, but editors are humans too, and sometimes they’re giving birth, or burying a parent, or accepting a Pulitzer on behalf of their famous client, so cut them some slack!

What’s their response to your enquiry?

Plagiarism – does it happen?

Another common worry among novice authors rears its head here. What if the editor steals your masterpiece and passes it off as their own? If you’ve done your homework and got in touch with a reputable editor with a real business, this won’t happen—the chances of plagiarism are vanishingly small. You may eventually turn out to be the next JK Rowling or Dan Brown with a multi-million dollar best-seller on your hands, but at the moment, you’re an unknown author with a debut MS that no-one has heard of. The idea that an editor with an established business and reputation is going to gamble their entire livelihood on the success of your book by stealing it and claiming it’s their own is an outlier. Even so, it is a big step, pushing your baby out into the world, so, heart in mouth, you email a few chapters.

(A word of warning: If your MS contains content of an explicit nature, either violence, abuse, rape or other potentially triggering passages, it’s only courteous to tell the editor this in advance. Editors are humans too, don’t forget. Some don’t work with books which contain certain types of graphic content, and they won’t appreciate being blindsided.)

Now again, if three weeks go by and you’ve heard nothing, then this editor is implicitly telling you something. “I’m really busy. Your enquiry is not that important to me. Please hold.” If your heart is set on that particular editor (perhaps they come highly recommended?) you might be prepared to wait. On the other hand, if they respond immediately with a ten page dissertation on what they saw wrong with your first few chapters then … okay. That strikes me as a little needy, but perhaps you’ve caught them in a slow patch (even the best editors suffer them) and maybe the dissertation is insightful and resonates with you.
Let’s assume you get a response from your chosen editor in a reasonable timeframe. What are they likely to say? “Your work is an abomination in the eyes of the Lord.” Well, okay. Time to just tiptoe quietly away. “Your work is good to go—it doesn’t need editing.” Unfortunately, that’s extremely unlikely, but if it does happen, thank your editor profusely.
It’s more likely to be somewhere in the middle. “Your first few chapters are good, but have some significant structural problems that really need sorting out. I’d recommend some developmental work on this,” or, “Your work is excellent. It does need a proofread, but otherwise should be good to go to agents.”

When your chosen editor has told you what type of editing they think your book needs, they’ll give you a price. Editors fall into two camps. Some price by the word, others by the hour. Editors who price by the word like that method because it’s easy for authors to calculate their likely costs. There’s a significant problem with this however—it pays no heed to the fact that one MS will require a much larger amount of editorial intervention than another. If you’ve been diligent and spent weeks and months rewriting and revising, self-editing many drafts until you have a highly polished story, you should be rewarded for that effort. That reward takes the shape of reduced editing costs. It simply won’t take an editor as long to whip your MS into shape as it will an MS of identical length that’s a rough first draft on which the ink is still wet, therefore it shouldn’t cost as much.
Other editors charge by the hour. They know the rate at which they edit, in thousands of words per hour. They calculate the number of hours they will need to edit your MS and multiply that hour count by their hourly rate. Editors who work a lot with publishers tend to like this method—it’s the way the industry works.
As an editor, estimating ones fee is an art, not a science, however. There’s guesswork involved. Quite often an editor will use a kind of hybrid method to arrive at a fee. Instead of quoting a flat rate per word, they’ll quote a range of rates per word, reflecting the difference in quality that they see across writing samples. This is the process I use. Clients can get a rough idea of a range of prices just from looking at the website, but I have a certain amount of flexibility in what I actually quote per word, looking to reward those authors who have sent me a really polished MS with a lower quote.

So how do you know, as a novice author, if the fee your editor has quoted you is reasonable? Most professional editing organisations (of which your editor is a member, right?) publish rates guides. The EFA’s is here, that of the CIEP here, for example. Although by their nature they are only rough guides, they do give some guidance to authors as to whether the rate they’re being charged is reasonable. The other alternative is to ask several editors for a quote. Editors do charge differently—they have different overheads, some are more experienced, some are only starting out, some have prestigious client lists and years of working with top publishers. Ultimately it’s the author’s choice and budget.

And what about sample edits? You’ve got in touch with an editor. They’ve assessed your MS and given you a price. In spite of all their qualifications and experience, how do you know they’re going to be a good “fit” with you and your book? It’s an intensely close relationship. An editor really does get inside your head when they’re critiquing your work. How do you know that you want them in there, poking about? Look again at their website, Facebook groups they belong to, writing websites they may contribute to (or run). Some editors are rather prescriptive (“you should do it this way …”, “the rule is …”). You might like that approach. Having been struggling with a writing problem on your own, you may want to be told what to do. Others are very laissez-faire (“there are no rules …”, “rules are made to be broken …”). That more flexible approach might appeal, or it might feel as if perhaps the editor’s own grasp of the rules isn’t that strong.
An alternative method of finding out whether they would be a good fit is to ask for a sample edit. The editor edits a few pages of your submission and sends it back. You can see what they pick up (and what they miss!), how they couch their suggestions for changes (vague, or polite, or didactic) and what their general communication style is like. There’s one caveat with sample edits. If your book needs structural work it’s practically impossible to give a sample developmental edit, because by its nature such an edit looks at the book as a whole, and not at just a few pages.
You can then compare sample edits from the different editors and arrive at an informed opinion as to who is going to gel with your book and you.
(One minor point. Please don’t try and get your book edited for free by asking thirty different editors to edit thirty different chapters! It’s called a Frankenstein Edit, for obvious reasons, and it has been attempted more times than you’d think. It always causes us editors, most of whom know each other online if not personally, enormous amusement.)

Finally, timescales. Some editors are booked up months in advance. If you’re happy to wait for the right editor, just join the queue. If you have a deadline, (a self-imposed publishing date, or perhaps a competition entry) some editors are able to be more flexible with their schedules and fit you in earlier. If it’s really urgent you might struggle to get a decent editor, or they will charge you a “rush fee” because they’ve had to put aside work they were immersed in.

I hope that’s shed some light on the process of hiring an editor and given you some idea as to what to expect, and the likely pitfalls. It’s a hugely important relationship in your writing career, so it’s worth taking some time over finding the right editor.

An edited version of this post originally appeared in the Alliance of Independent Authors blog in February 2019.