I wrote a piece for the Irish Times recently on e-book pricing. The link is here. It was picked up by the Arts & Letters Daily, which is very gratifying. The full text is posted below: 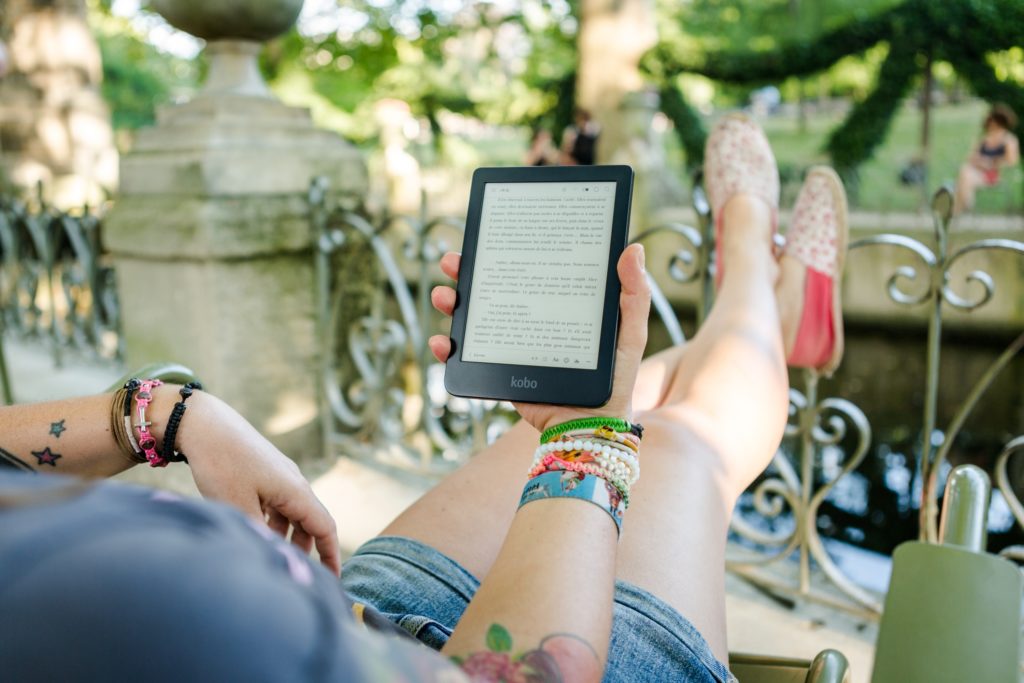 Photo by Perfecto Capucine from Pexels

E-book pricing: because you’re worth it

You’re a self-published author. You’re digitally publishing and you are responsible for pricing your e-book. How do you decide the price?

There are two schools of thought in the interminable self-publishing pricing discussion. One believes firmly in the pile ’em high and sell ’em cheap philosophy. The other side holds that to be a horrible undervaluation of our talents and time.

I’m firmly in the second camp. I’ve long been of the opinion that self-published authors selling at “remaindered bin” prices are doing themselves, and self-publishing authors generally, a huge disservice. They’re not valuing their own work sufficiently highly, and they’re encouraging readers to place less value on independently published work than traditionally published. They’re saying, “my book is not as good as one you would find in a bookshop, so I can’t charge as much for it. The only way I can encourage you to buy it is if I either give it away free, or charge what a bookshop would charge for books that nobody wants (the ‘remaindered bin’)”.

Why has that become an accepted tactic?

When e-books started, self-publishing authors were suddenly in a new and exciting universe. Previously, self-publishers had always been at a disadvantage, only being able to print hard-copy books via expensive short-print-run or print-on-demand solutions. With e-books, suddenly, costs of production dropped to almost nothing. Authors were free to charge whatever they liked. Crucially, they were able to undercut the price of traditionally published hard-copy books, and I think that’s probably how the race-to-the-bottom began.

Author A thinks, “I can sell my e-book at €5.99, whereas every book in the bookshop is priced at €8.99 or over. More people will take a chance on my books because they’re cheaper.”

Author B, writing the same kind of book as Author A, sees Author A’s success and thinks, “Well, she’s doing alright, but that’s because she’s undercutting the price of traditional books. If I sell at €4.99, I’ll probably catch a few readers who would have bought her book.”

Author C, watching the career of both other authors blossom, thinks, “I can sell my e-book at €0.99 and still make nearly a euro a book, which, by the way, is considerably more than I would have made if I’d been offered a traditional publishing contract with one of the big-5 publishers. That’s where I’ll set my price point.”

Author D, who studied marketing at college, knows about loss-leaders. “I’m going to outwit all these other authors. I’m going to give my first book away for nothing. When the readers love it, as I know they will, they’ll be clamouring to buy my other books at any price I choose to set.”

All these arguments, which in this one-minute micro-history of e-book self-publishing have driven the price of self-published e-books down in price from €5.99 to nothing, are entirely true, if one other important factor is also true. That is, that all those e-books are a substitutable commodity. What does that mean? It means that the reader is making a choice about which book to buy based on price alone. Now that’s patently not true. Readers will pay more for a book by an author that they know and trust to tell them a good story, than they will pay for a book by a complete unknown. So it’s not really a question of price; it’s a question of assumed quality.

But, says the self-publishing author, “I know my book is good, perhaps even as good as Stephen King’s latest, but nobody knows about it”.

“I need to price it low to get people to take a chance on it, to get it some publicity.” Ah, that old chestnut-the idea that creative industries should give away the fruits of their labour for nothing because they should be grateful to get the publicity. This is where marketers, who don’t understand the creative industries but do know how to sell widgets, have a lot to answer for. They’re guilty of fostering this mentality, that in order to get publicity you need to give away your work and hope word of mouth does the job for you. Why do they suggest that? Because it’s easy. It’s hard to market a book from an unknown author, to convince someone to invest €5.99 in a book from someone they’ve never heard of. Much easier to tell the author to give it away for nothing and hope that it does take off of its own accord. Oh, and here’s my bill for your “marketing” advice.

The horrible truth is that this strategy may have worked, briefly, for some period in the middle of this decade. However, consider these facts. There are now more e-books priced at zero on Amazon, already, than you could possibly read in a lifetime. And it’s a well-known psychological phenomenon that if you get given something for free, you don’t value it as highly as you would if you’d spent decent money on it. Most of the e-books given away for free are never read. Adding your book to the many hundreds of thousands that are sitting around on people’s e-readers unopened seems like a bit of a career dead-end. Why do you think they’re ever going to open your e-book, which cost them nothing, when they already have thousands downloaded for free?

So if you can’t compete on price, what metric can you compete on?

A marketer worth their salt would tell you that the other determinant is quality. When I said at the outset that with the introduction of e-books the cost of production of a book dropped to almost nothing, I was lying. The cost of production of a book did drop to nothing, but the cost of production of a good book remains quite high. Even an e-book needs a cover. In the digital marketplace, a thumbnail image not much bigger than the nail of your pinky finger is all that makes your book stand out. That takes some serious design chops. Funnily enough, there are people who are good at that, who do that kind of work, and they’re called cover designers. But they cost money. Once inside the book, the text needs to be free of objective errors like spelling mistakes, punctuation errors, poor sentence structure, missing words and homophones. The book also needs to be well-paced, with decent characterisation, a solid plot, rich but efficient language, consistent PoV and voice. There are people who can help with this, too, called editors. But they also cost money. Suddenly, when you’ve forked out for a couple of rounds of professional editing and a decent cover-designer, the idea of giving your book away for free seems bizarre, and so it should. After all, when you price your book at nothing, you’re not merely pricing your work at nothing, you’re valuing it at nothing. Your potential readers will ascribe the same value to it that you do.

There are signs already that a two-tier self-publishing market is evolving.

There are e-books offered at €0.99, or nothing. They frequently have homespun covers and Amazon’s Look-Inside feature often reveals multiple spelling, punctuation and grammar mistakes in the first few pages. There are other e-books offered at €2.99, say. These have professional, well-designed covers that wouldn’t look out of place on the Barnes and Noble or Easons shelves. Inside, the writing is technically faultless, allowing you, as reader, to immerse yourself in the unfolding story. Pricing could soon determine whether you are a “professional” indie publisher, looking to be taken seriously, or a hobbyist. What’s more, when this starts becoming apparent over the next few years, perceived value, the idea that something of higher price is probably going to be of far better quality, will become a self-fulfilling loop.

There are two further economic arguments for not valuing your work at nothing: one simple, one quite complex.

The first is simply substitution of goods. Even at €0.99, a book that has possibly taken you years to write, revise, edit and rewrite, that will take the reader hours or days to read and enjoy, cannot possibly be of less than half the economic value of a cup of scalding, relatively tasteless, mass-produced coffee from a machine in a motorway service station. That is an insanity of modern society that needs to be confronted.

The second argument is the concept of price elasticity. If lowering the price of a commodity will make people buy proportionally more of it, therefore increasing revenue to the seller (the argument for selling your book at €0.99 because you’ll sell five times as many copies than at €3.99), then demand is said to be price elastic. But books are generally found to be price inelastic-you sell close to the same number at whatever price, within reason, you pitch it at. Therefore if you price at €0.99, you’ll make less money, overall, than if you priced it higher.

OK. I’ve come down fairly heavily on one side of the argument. Are there any circumstances where the €0.99/zero pricing model works?

In certain genres there does seem to be a price elasticity at play, where a reader will genuinely regard two similar books by different authors as substitutable. They’ll simply buy the book that is cheaper. Romance is one such genre. In a way, that has always historically been the case. Mills and Boon paperbacks have always been slightly cheaper than conventional fiction, and romance readers have been trained to expect lower prices. Without being dismissive, romance readers know what they like in terms of structure, characters, and plot. The romance tropes are tightly bound, and an author steps outside those boundaries at their peril. To a certain extent, the books are substitutable.

Another situation where a loss-leader might work is in the introductory book of a long series. The idea here is that the author has 5 or 10 other books in a series. The low price of the first book is to get readers hooked, enough that they will then invest in the rest of the series at a more realistic price. That’s a good argument but even then, bear in mind that if the reader pays nothing, they’re not very likely to read your first book at all.

The self-publishing industry has come of age. After a flood of frankly awful material deluged the digital market in the last 10 years, there’s now a general understanding among self-publishing authors that it’s quality that counts. This means a good story, several rounds of professional editing, and professional cover designs. There’s even a move away from the term “self-published” in order to distance “independently published” authors from the dross that went before. If authors are putting out quality work in which they’ve invested not only time but also money of their own, they should not feel pressured to sell at next to nothing, no matter what the digital marketing expert at their elbow is telling them.

Lastly, one obvious fact. If selling good quality books at €0.99 was a way to make a lot of money, why haven’t traditional publishers gone down that route? Traditional publishers are in business to make money. If there was a pricing strategy that made them more money, they would use it. The reason they don’t price books at €0.99 is because they know they don’t need to. They know that good quality books, even e-books, sell well at multiples of that price. If they reduced their prices they might sell more copies, but their overall revenue would drop. Independently published authors need to understand that they compete with the traditional industry on quality, not price. It’s fair to say that quality was often a huge discrepancy. That is changing.